Olympic Peninsula Chapter
of the American Guild of Organists 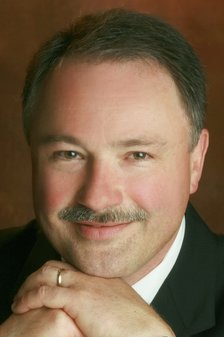 Leslie Martin
A native of the Pacific Northwest, Leslie Martin is adjunct professor of organ, harpsichord and piano at Seattle Pacific University. He is also a faculty member at Music Center of the Northwest, where he teaches piano in the Suzuki Academy, and is the Director of Music at Sand Point United Methodist Church in Seattle’s View Ridge neighborhood.
Mr. Martin holds masters degrees in both organ performance and choral conducting from the University of Oregon, where he was elected to the Pi Kappa Lambda National Music Honor Society.

He has performed organ recitals in numerous European cities including Geneva, Uppsala, Monopoli, Martignano, Sirolo, and Rome, and has appeared as a featured artist at European music festivals including, the Stagione Concertistica Internazionale d'Organo (Associazione ARS ORGANI “Girolamo Frescobaldi”) in Lecce, Italy (2001 and 2009); the Accademia Organistica Elpidiense in Sant’ Elpidio a Mare, Italy, and the prestigious Festival International de l’Orgue Ancien, in Sion, Switzerland (1995 and 2007), performing there on the world’s oldest playable organ, dating from 1435.
Locally, Mr. Martin has performed at national conventions of the Organ Historical Society, and the American Institute of Organbuilders, and has appeared variously as guest conductor, organ soloist and harpsichordist with many Seattle-based orchestras including Philharmonia Northwest, Thalia Symphony Orchestra, Orchestra Seattle, and the Seattle Philharmonic Orchestra. He was the principal harpsichordist with Seattle’s Northwest Chamber Orchestra under the direction of Adam Stern, and the renowned American violinist, Joseph Silverstein, and continues to perform with local ensembles and organizations such as the Seattle Bach Choir, Seattle Opera, and the Seattle Symphony Orchestra.

During his career he has been organist and choirmaster for prominent Episcopal churches in Washington, Texas, and Connecticut, and has also served on the keyboard faculty of the University of Washington.
​
He enjoys balancing his musical activities with fly-fishing, hiking, and traveling with his wife, Laura Martin, who is a highly respected violin and viola teacher, and performer. When they are not engaged in musical activities they enjoy accompanying Pete, their Black Labrador Retriever, across the Western States and Canada on his squirrel-sighting adventures.
Powered by